Hackers benefit from these two mistakes

1. First Technical Flaws
According to experts, you have social media accounts such as Facebook, Twitter and LinkedIn. Users use all these digital platforms to stay connected with people in a social and professional way. These two errors can cause hackers to hack the account. First, if the social media application has any kind of loophole, take advantage of this same technical flow. However, social media companies have a good technical professional team, but hackers still find technical loopholes.

2. Second – Phishing Trap
According to experts, another mistake that hackers take advantage of. There are many ways hackers can hack people’s IDs. It is understood that hackers share phishing links from you by calling or texting. As soon as you click on this link, you will be taken to a site that looks like Facebook, Twitter. It will ask you to login. Hackers can easily hack the account ID and password if you become a victim and login. Often hackers can also ask for OTP in the name of changing the privacy setting. 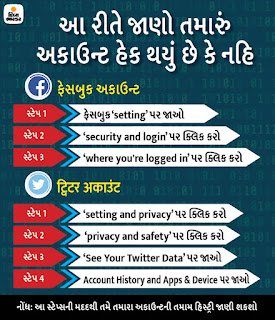 How can hacking be prevented?

Experts advise most users to be vigilant to avoid hacking on social media. Avoid sharing your social media account details with anyone, he says. If a call comes to your mobile from an unknown number and he asks you for an OTP, do not give it. Beware of phishing links. Click on the same link that is authentic. Companies should also have regular testing and auditing of its application and infrastructure testing by IT professionals. It should also be reviewed by third party IT companies. 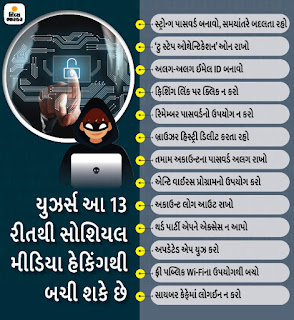 Is there any kind of privacy law in India?

According to experts, there is currently no law on data protection in India. The Personal Data Protection Bill (PDP) was introduced in Parliament by the Ministry of Electronics and Information Technology on 11 December 2019. Which is still pending. However, the NCPI has issued guidelines on privacy. Under this the country’s data must remain in the country, it is not allowed to take it out. Also, Europe has enacted a strict law on data protection called GDPR.
ગુજરાતી ડીટેઇલ ન્યુઝ રીપોર્ટ અહિંથી વાંચો

You may have missed